Pinecrest's annual class trip was held this year from April 23-24. The class trip is a special time for fun and fellowship among the Second and Third Year students, as many of them will be graduating and moving on from Pinecrest in May.
Friday, the group visited the beach at Long Island Sound and had a barbeque at student Evan Bolton's house. The night ended with worship around a bonfire.
"It was nice to have some time away from the campus, but to still meet God in the same way," said Third Year student Ashley Dedee, who was also excited about tasting salt water for the first time at the beach.
The group then headed out bright and early Saturday morning for a day in Boston. The bulk of their time was spent doing a photo scavenger hunt throughout the city. The students broke into three groups and were sent off to get pictures of the teams performing tasks such as "sitting on a fire truck," "getting handcuffed by the police" and "fitting everyone into a phone booth." The scavenger hunt proved a great way to see the city and mingle with the locals.
"Boston is easily one of the friendliest cities in America," stated Third Year student Chris Hannan. "I'm glad I got to visit it with this group; they really made the trip worthwhile."
Second Year student Stephanie Polivka said it was the most fun she has had in the last two years: "We got to meet so many people and pour out what God has poured into us." 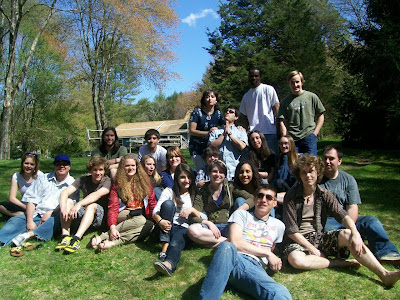 Posted by Bethany Bible Training Center at 8:26 AM No comments:

During this previous summer and fall, I was able to do an international internship to Kenya, Africa for five months to help teach and work with local churches. It was such a blessing for me to be able to take what I have learned here at Pinecrest and my own previous experiences and go out and bless others.

While in Africa, I worked mainly with the PEFA Organization (Pentecostal Evangelistic Fellowship of Africa) and their local churches in the Southern Nynzia Region of Kenya. I travelled around speaking and participating in different churches, open air meetings and crusades.

I was also given the privilege of teaching math and science at Pinecrest alumnus Peter Midodo's primary school, Joy Schools International, and I was able to start an introductory computer class that will continue to give the children an opportunity to use and learn about computers.

I would say that the greatest thing I received from my internship experience was an increase in my own faith in God's faithfulness. He was faithful in so many practical things, such as giving me the words for preaching even 10 minutes before I was to speak, keeping me healthy and safe throughout my travels, and connecting me with and providing for me through the people there. There were times of hardship, trials and difficulty, though which God was always with me, but there were also many times in which God moved in miraculous ways that could only have been attributed to Him. 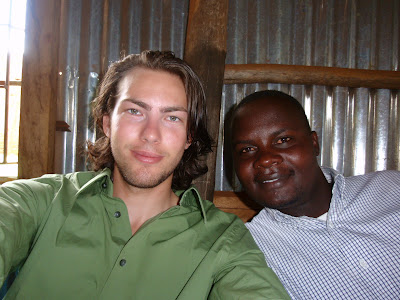 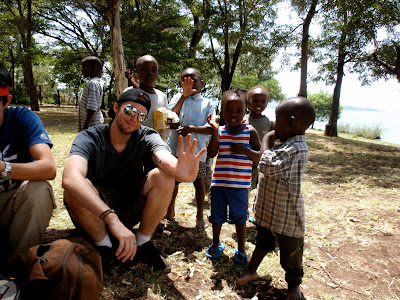 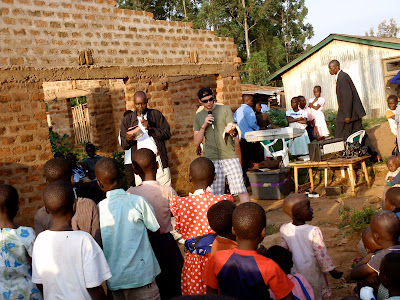 Posted by Bethany Bible Training Center at 2:32 PM No comments:

Pinecrest held its annual coffeehouse on April 1, with students, staff and faculty enjoying desserts, music by Emily ('09) and Gabriel Whittaker...and of course, coffee! 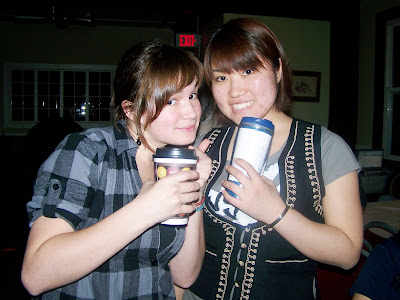 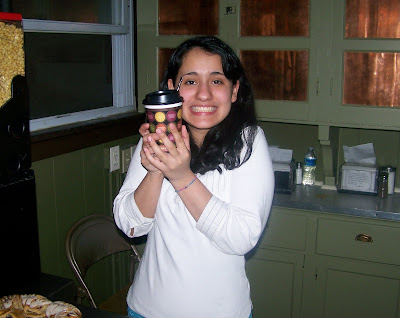 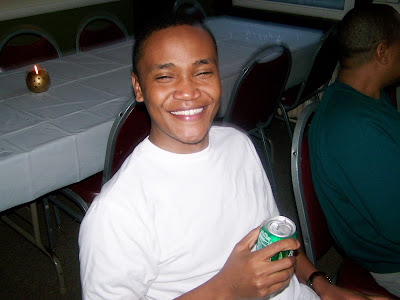 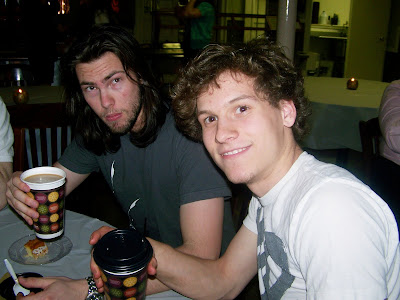 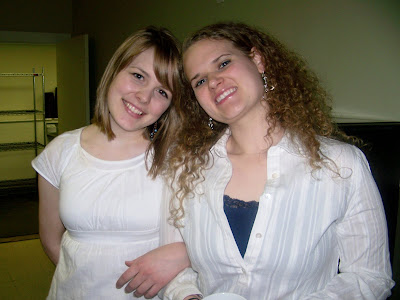 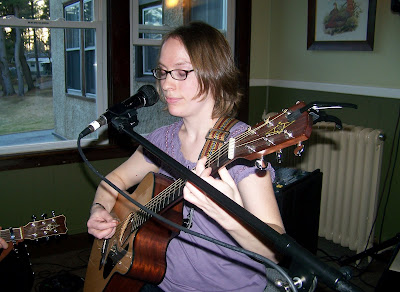 Emily Whittaker
Posted by Bethany Bible Training Center at 10:15 AM No comments: