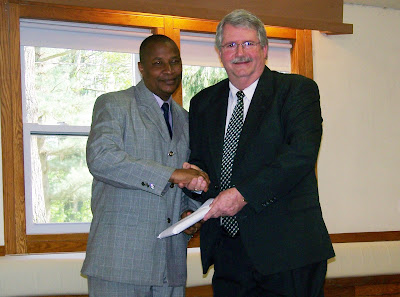 Pinecrest Bible Training Center celebrated the conclusion of its 42nd year with a graduation ceremony on May 8. Graduates entered to the processional song, “Jesus Paid It All,” and to a Chapel filled with proud parents, teachers and friends from around the world.

Second Year graduate Alberto Rios led worship, selecting songs that had been a recurring theme and heartfelt cry from the students throughout the year: “The Stand,” “Stronger,” and “You Won’t Relent.” President Jack Picataggi commented on the song choices, “That’s why we’re proud of our graduates. Those songs show their hearts. They have given their all to the Lord, and you as their family and friends should be extremely proud of what they’ve begun and what they have covenanted with the Lord through their years here at Pinecrest.”

Dean Joanne Picataggi spoke to the parents: “Jack used the phrase, ‘You have given us your children.’ And I looked at them and thought, ‘Yes, some,’ but I see sons and daughters of God and disciples of the Lord. They may have come here one way, but they’re leaving another.”

The student body sang a special song of their choice, “When I Think About the Lord,” as an exclamation of thankfulness to the Lord for His faithfulness and hand of deliverance in each one’s life.

Christa Callahan spoke on God’s love in the person of Jesus Christ. She said, “At Pinecrest, I found what everyone is looking for. I found Love. But I didn’t find it as a feeling, I found Love Himself, Jesus Christ.”

Benson Ng’ang’a urged the graduates and their families that it is time to turn back to God and to understand that we cannot live by bread alone, but we must trust God at His Word.

Ashley Dedee summed up her three-year experience with God at Pinecrest in one word: faithful. She emphasized that this was only the beginning, and that God still desired to do a transformation within each graduate as they left.
Second Year graduate Stephanie Polivka shared a song she had written entitled “Liberty,” based on the verse, “His mercies are new every morning” in Lamentations. She encouraged her fellow graduates, as Benson had, to believe the Lord at His Word to step into His promises.

Graduation speaker Jack Picataggi spoke out of Isaiah 54 and exhorted the students to not despise barren times, but to allow those times to propel them into God’s promises. He challenged them to enlarge their tents and that the Lord would, out of barrenness, produce what was even beyond their natural expectation.

As the 2009-2010 school year closes, we have great expectation for what God has in store for the upcoming year. Registration for the 2010-2011 school year will be held on August 23. 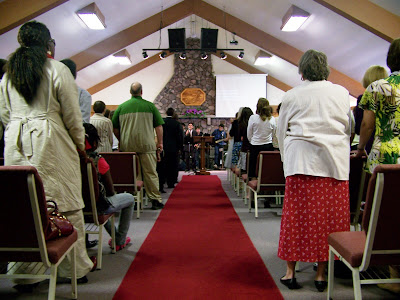 Posted by Bethany Bible Training Center at 10:40 AM